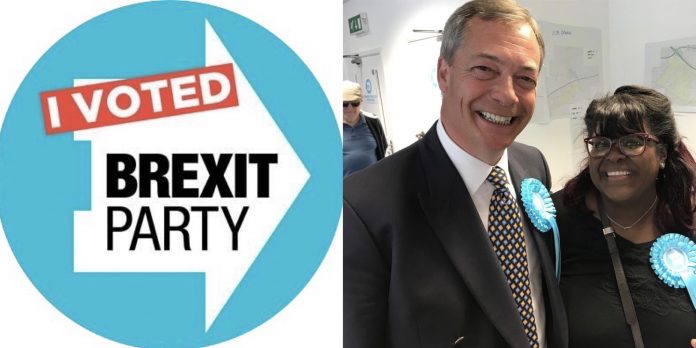 Cllr Paulette Furse is a wife and a mother of three strong girls, she is also a business woman who built a lifestyle bookkeeping company over 18 years. Cllr Furse became involved in politics in 2015; campaigned with Vote Leave in 2016 before becoming the Chairman of Sevenoaks Conservative Association in 2018. She resigned from the Association earlier this year and now supports The Brexit Party.

This time last year I supported the Conservative Party. I was chairman of the Sevenoaks Association and was involved in recruiting district councillor candidates for the local elections.  Now, I am an avid supporter of The Brexit Party; campaigned heavily in the EU Elections and the recent By-Election in Peterborough.

So why the change?

There are many reasons why I decided to switch loyalties from the Tories to The Brexit Party, however, the main reason being they were no longer a true representation of who I am or the party I thought they were. They had stopped listening; they had become disorganised; Brexit had sent them into turmoil. After consulting the people in 2016 via a referendum the Government and Parliament went on to thwart democracy by trying to overturn a decision to leave the EU clearly voted for by constituents. This has now left the UK in limbo for nearly 3 years! They now tread a path of indecision which has left the UK in a dangerous position, breeding uncertainty.  Will the Government be able to get us out of this stalemate by changing the Prime Minister? I am not hopeful.  Parliament has already clearly stated they did not want to leave on WTO rules and the EU have made it clear that there will be no more renegotiations. What is needed now is an intervention – an intervention from The Brexit Party.

The Brexit Party has blown through like fresh air into a stale political system.  Could it be true that Nigel Farage – who took up the gauntlet everyday people asked him to – is the person to move the country out of the EU and respect the votes of the 17.4 million; could he and his party be the change the UK so desperately need?  He and Richard Tice delivered a letter offering to be a part of the integral talks on Brexit.  It’s time that the Government and Parliament accept they need the minds of people currently representing the electorate, an injection of business acumen.  Will they accept Nigel’s offer of help? Only time will tell.

We are living in a politically changing world.  The UK now has a 4 Party system ensuing. My change in allegiance to The Brexit Party is well founded as this Party will carry along with it reawakened political views from the disenfranchised; from the squeezed middle and will be the true party for people who want to work hard and achieve. I became a supporter of The Brexit Party in May as I felt affinity with the people. And to those who fear this new movement, who say we are far right, I say, “open your eyes and see the broad-church of people we are and will represent.”  Our policies will be delivered in the near future after we have sought input from MP candidates and supporters.  The Brexit Party is here to stay – we will bring back democracy and #ChangePoliticsForGood!