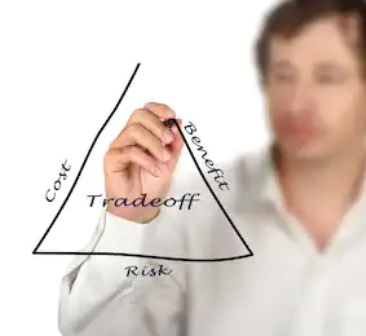 Almost as soon as it got going, the Brexit Party was bigger than Brexit.  When the offence archeology began on its EU candidates, and the party remained blithely unmoved, something changed in British politics. Hope emerged. Perhaps we can talk about policy again and not about who tweeted who in 2006.

And then something else almost too good to be true. Pushed on the party’s policy vacuum during an LBC interview, Farage said it would derive policy by “having votes amongst registered supporters”. He said “We are going to consult them and we will produce policy based on what our supporters think”.  Pinch me.

Shortly after this statement, I saw someone with “Brexit Party” in their twitter handle put out a survey about British Steel.  Did Brexit Party supporters think it should be saved?  With my fingers moving faster than my brain I voted “yes” and noted that just about everyone else had done so too. Just like that huh?

But the experience got me thinking. Could the Brexit Party harness the connectivity and access to information provided by the internet – along with the intelligence and enthusiasm of its supporters – to create a coherent policy platform that its supporters back?

The trade-offs are clear: On the one side, how many jobs are at stake and, if they were to go, how easy would it be for the workers to find new work? On the other side, what is the size of the bail-out required?  Is a state subsidy required forever? What is the size of the subsidy per job? Finally, what of the product itself?  Is there something good about it for Britain, over and above the jobs its production creates?

Obviously it would be nice to know more.  What is the history of British Steel? Is its steel the same or different to other people’s steel?  Why is it currently uncompetitive? Are there opportunities for it to diversify? Is membership of the EU making the situation better or worse? How will things change when we come out?

Amongst us Brexit Party supporters, the free-marketers are more likely to start out saying: let it go.  But the communitarians are going to say: these jobs matter and this community matters. And as we learn more about the community in which British Steel operates, the scale of subsidies per job, the possible new opportunities for British Steel (or lack of them) it could well be that a convergence of views occurs.

We are all virtue signallers now, and it would be easy for us to “vote through” spending on every difficult situation we face. At the same time as approving tax cuts for all, of course. An important part of the survey design would be requiring people to show, if they want to spend money, where it will come from.

When I was a local councillor in London I remember a detailed consultation coming out from Transport for London about cycle superhighways.  Because this greatly impacted local people, I know that TfL got detailed feedback about really specific problems with a route they were proposing.  They crowdsourced valuable information.

I don’t think its a pipedream for the Brexit Party’s supporters to be deeply involved in policy development. It’s entirely do-able. But it should be done with a degree of seriousness, expecting those who participate to learn about a lot of stuff and take the process seriously. Also to recognise that money does not grow on trees, that trade-offs will always be needed, and truly difficult choices will always confront us.

Obviously the party leadership will need to be in the driving seat – we all get that. But the party will be far more likely to win elections if it makes a serious effort to find out what its supporters really think and what they value, and to develop policy reflecting that.

From all the party supporters I have spoken to I believe we have the intelligence and the enthusiasm and the required seriousness, in abundance, to make this work.